Australia’s first pilot program that aims to fly back 300 international students into Adelaide is days away from getting final approval.

South Australia is poised to become the first state to get international students to return to Australia via Singapore later this month.

In a statement to SBS Punjabi, a state government spokesperson said they are currently waiting for the federal government to greenlight the proposal.

“The South Australian Government is still working closely with the Commonwealth and relevant agencies to ensure a pilot program provides a safe return for up to 300 international students,” said the spokesperson.

SA is yet to decide on the nationalities of shortlisted students:

At least 7,000 of the state’s international students are currently stranded offshore by the COVID-19 induced border closure.

On questioned if the state has decided on which countries the shortlisted students would come from, the SA government spokesperson said that the decision on source countries will be made only after the plan gets approved by the Morrison government.

“At this stage, the program hasn’t received final approval and therefore details about the program, including students’ nationalities cannot be confirmed.” Will students from India be returning to Australia this year?

When can we expect international students to return to Australia?

It is understood that the Morrison government is expected to prioritise finding a resolution on internal border bans and caps on international arrivals before giving its consent to SA to fly back its international students.

Phil Honeywood, the chief executive of the International Education Association of Australia said it is difficult to commit to a timeline until the Prime Minister signs off on SA’s plan.

“The Prime Minister is meeting with the state premiers and chief ministers on Friday to try and reach an agreement on lifting the caps on international arrivals and then once we have this and the state border ban issue settled, we believe it will be a much better situation to bring 300 students into SA,” he said.

Mr. Honeywood added that he expects the Northern Territory government to also get a sign off on their plan to bring back overseas students.

“In the meantime, the NT government will get sworn in on Friday and we understand that the NT might also get a sign off on their pilot plan. I am hopeful that both SA and NT will get sign-offs around the same time, but it will all be up to the Prime Minister,” he said.

Will students from India be allowed to return as part of the pilots?

India is the second-largest source of overseas students for Australia accounting for 15% of all overseas enrolments Down Under, second only to China.

While a decision on the nationalities of the students has not yet been made, the Australian High Commissioner to India, Barry O’Farrell last week stated that students from India will not be on the list for the initial plans.

“There doesn’t seem enough certainty to plan a pilot for Indian students just yet.” 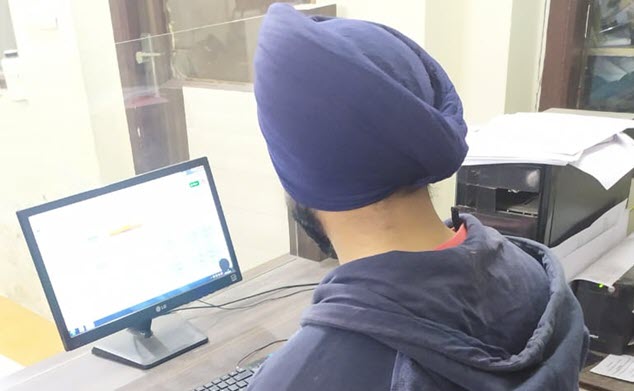 International students from India keen to return to Australia

The development has brought disappointment for nearly 7,000 Indian students stranded offshore who were hoping to return to the campuses later this year.

Harminder Singh, a business student who is six months away from completing his undergraduate degree from a Sydney university, but is stranded in north India said his future now hangs in balance.

“They give us hope and like a cruel joke, they quash it within days. When SA first announced its pilot, we thought, okay, something is at last moving. But then again, we heard that India may not be on the list.

“They can always bring us in like they plan to bring students from other countries by ensuring we have tested negative prior to boarding the flight and then keep us in quarantine, which we are willing to pay for and then allow us back onto the campuses so we can finish our degrees,” said the 24-year-old.

How will SA decide on the source countries for international students?

South Australia government has said it will be taking the following factors into consideration while shortlisting the students:

“Course requirements and study streams where face to face and practical learning or placements are paramount to the completion of the specific degree.”

“Where South Australia’s international students were located when the borders closed, and the airline partner’s approved ports of departure.”