There were days when the traditional items related to the ‘Punjabi way of living’ were hard to spot in Australia. But in recent years many Indian vendors, a majority of them based in Melbourne and Sydney, have started selling Punjabi goods manjas, tandoors, wooden artefacts, toys and gardening tools including kahi, tasla, tokra, and much more.

Melbourne-based Mandeep Singh moved to Australia from India as an international student in 2004.

He remembers that even ten years ago, there was limited access to traditional or cultural Punjabi items here in Australia.

“The market was so small that there was nothing available other than Indian foods and grocery items. But things have changed substantially in the last few years,” he says.

“I am glad that now we can buy almost anything over here. A majority of vendors at Indian grocery stores in Melbourne and Sydney have started catering to the cultural needs of the community too.” 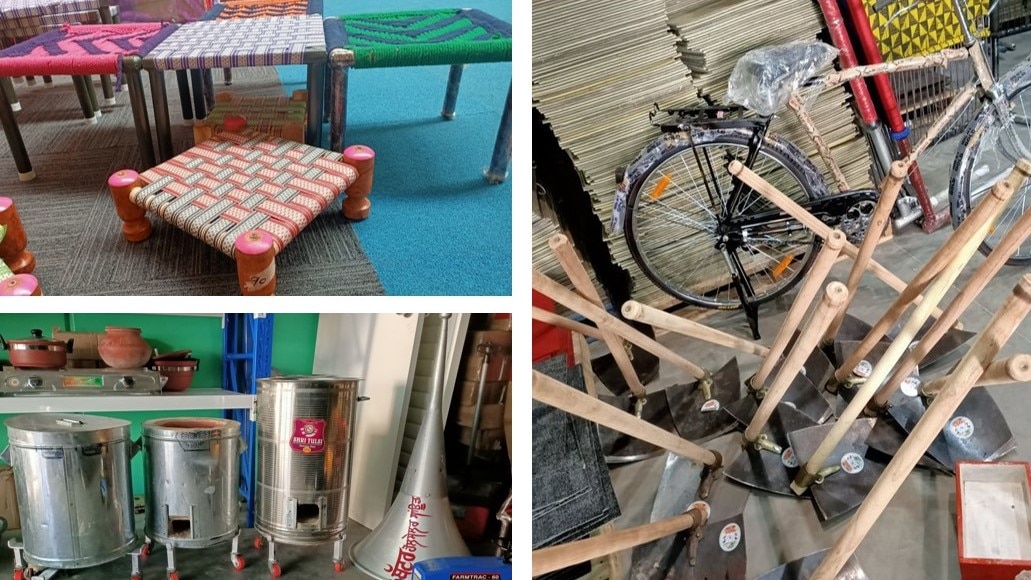 There have been a growing demand for various Punjabi items in Australia.

Raja Buttar, who trades in Punjab-style items in Melbourne, says the demand for such items grew substantially as soon as more and more Indian international students started settling in Australia.

Mr Buttar has been trading in this ‘unique business’ since 2016 from his 1.5-acre home near Caroline Springs in the western part of the city.

He told us that his rural and farming background from Punjab in India came in handy to start this business.

“Our company trades in Manja, tandoor, wooden toys, clay utensils, pots, baskets, bicycles, etc. These are also the items that we have been using at our home back in Punjab – Apna Punjab hove,” he says, quoting a famous Punjabi song. Mr Buttar said it was due to the growing demand within the community that he thought of doing this business on a large scale.

“I feel people want to be connected to their Punjabi heritage in one way or another, which is why there is a huge demand for these products. And not only them, these items are also purchased by Indian restaurants, hotels, and dhabas for decorative purposes.”

While referring to the difficulties in importing these goods from India, he said that there are strict regulatory requirements that must be fulfilled, before receiving these items on-shore.

“We often use 40-foot containers to get these items shipped to Australia. We make sure that we meet all standards set by the authorities for a smooth customs process,” he said. 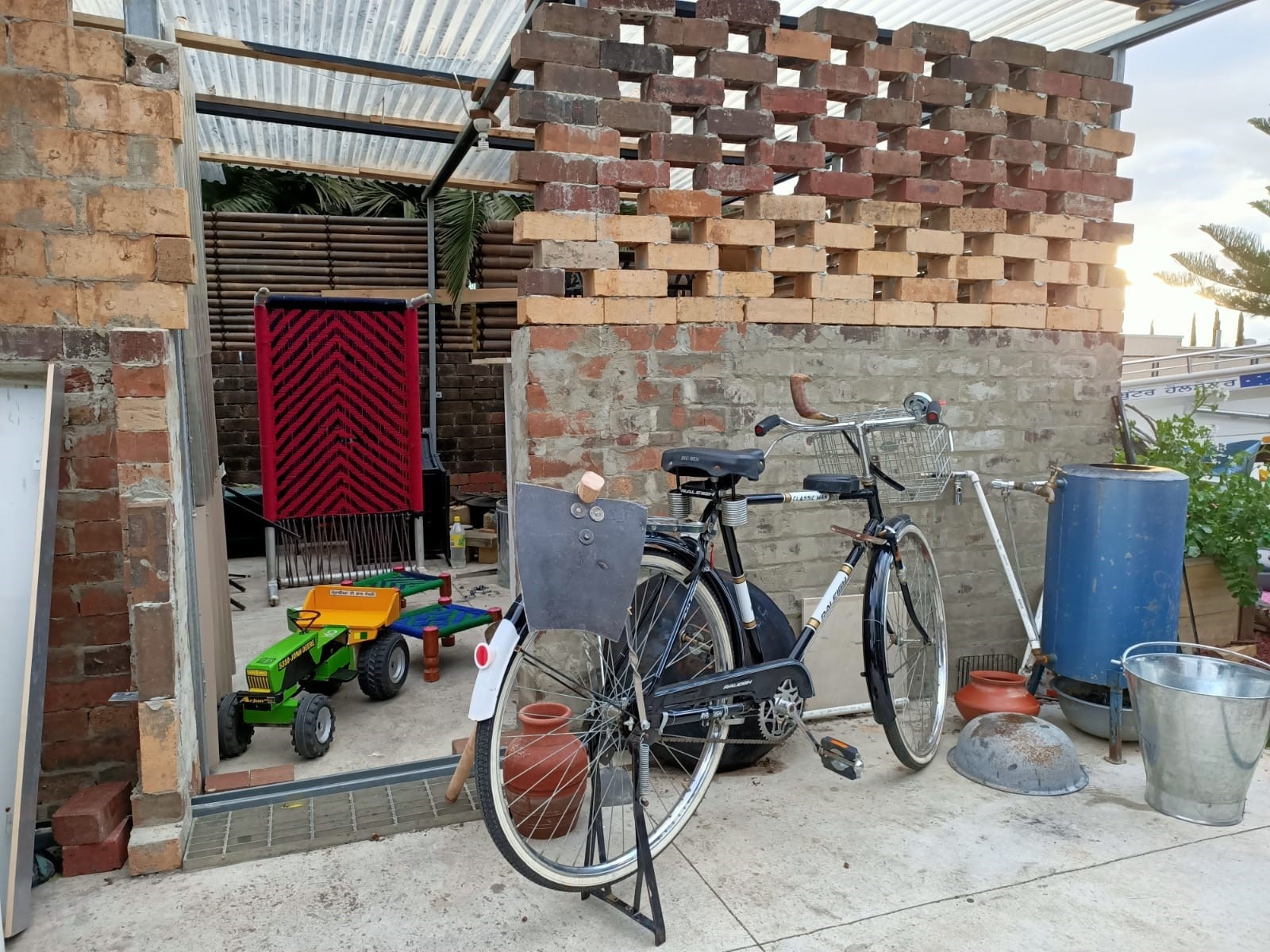 Mr Buttar uses a portion of his house to display various Punjabi items
Mr Buttar said that the items made of timber and clay are only allowed in Australia if they meet the regulatory requirements.

“The items such as tandoors, beds, toys, come in this category and often need to be accompanied by fumigation and disinfection certificates,” he added.

Mr Buttar said that after starting this business, he feels even more connected to Punjabi heritage even while living in Australia.

“I feel it’s a very rewarding business. By making these items available, we add a spark to people’s lives who want to relive their memories of Punjab and share it with others. We often get complimented for this reason,” he said. 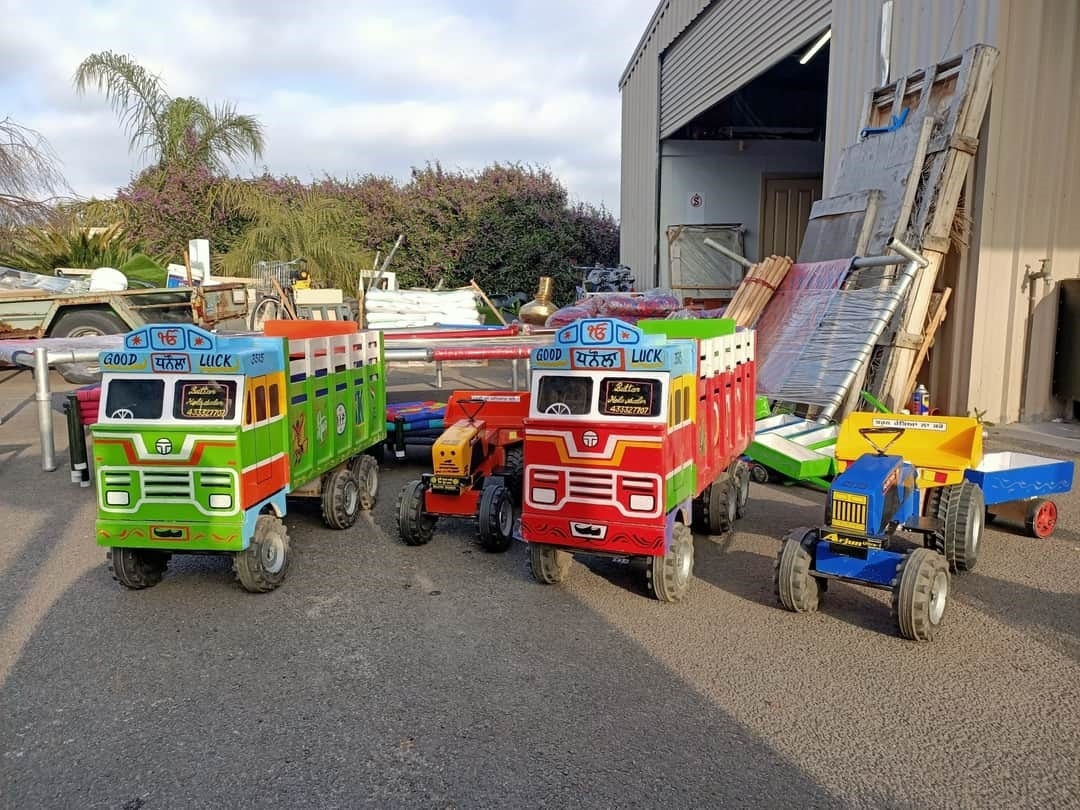 Truck and tractor toys made-up of wood and plastic.

According to the latest census, with a total population of 660,000, Indians are the third-largest migrant group after England and China.

Punjabi has also emerged as the fastest-growing language spoken at home in Australia.